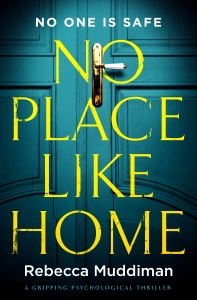 What would you do if you came home to find someone in your house?
This is the predicament Polly Cooke faces when she returns to her new home.The first weeks in the house had been idyllic, but soon Jacob, a local man, is watching her.
What does he want and why is he so obsessed with Polly?
In a situation where nothing is what it seems, you might end up regretting letting some people in. 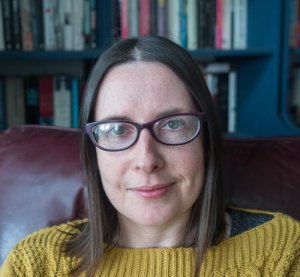 Rebecca Muddiman was born and raised in the North East and worked in the NHS for many years. She has published four crime novels – Stolen, Gone, Tell Me Lies, and Murder in Slow Motion. Stolen won a Northern Writers Award in 2010 and the Northern Crime Competition in 2012. She is also a screenwriter and was selected for the London Screenwriters Festival Talent Campus in 2016.
Most of her spare time is spent re-watching Game of Thrones, trying to learn Danish, and dealing with two unruly dogs. Sometimes all at the same time.

Lisa Gardner is one of my favourite writers of any kind of book. I love all her books in each of the different series she writes. But if I had to choose, I’d pick the FBI Profiler series as my favourite, mainly because it includes The Third Victim which is not only one of my favourite books ever, it was the one that introduced me to Lisa Gardner, as well as being the book that got me hooked on crime fiction, eventually leading to me writing it. Because of all that, I named the main character in my series, DI Michael Gardner, after her.

Like Lisa Gardner, Karin Slaughter writes different series and weaves them together seamlessly. They’re all brilliant, and even the ones that are like doorstops I can read in a couple of days because I just have to read one more chapter, and then another, and another. The reason for singling out the Grant County series is, again, because they were the ones that introduced me to Slaughter, but also because it includes Skin Privilege. It might not be the best book of the series as a whole, but, without giving anything away, it made me cry for about three days afterwards, and led me to accuse my mam and sister of having hearts of stone for not shedding any tears at all. Always the sign of a good book.

This series probably needs no introduction or explanation, and even if the later books don’t stand up as well as the earlier ones, The Silence of the Lambs makes up for it. I came to the books late, after having seen the films. I saw The Silence of the Lambs first, when I was way too young to watch it, and wanted to be Clarice Starling more than anything. (Later I wanted to be Dana Scully. I think, basically, I just wanted to join the FBI and was sorely disappointed when I discovered I wasn’t allowed.) I also love Hannibal, the TV adaptation of the books, and how they’ve reworked the books, making familiar stories new again. Also, Mads Mikkelsen is clearly the best Hannibal Lecter ever and I’ll eat the liver of anyone who says otherwise.

Kate Atkinson is just brilliant, regardless of what she writes. If I could write half as well as her, I’d die happy. I read some of her more literary work before I came to the series and wondered how her style would adapt to a crime series. As expected, the books are both literary and page turners as the same time. While reading, I’ve found myself laughing out loud and then crying, sometimes at the same sentence. Amazing stuff, also adapted brilliantly for TV with Jason Isaacs as Brodie.

Up to book number twenty-five and still going strong, the Stephanie Plum series are comedy-crime novels about a bounty hunter in New Jersey. They’re very funny, often ridiculous, but always have a proper mystery at the heart of them. The second crime novel I ever wrote was a comedy-crime, long before I came across these books. I was told no one would ever publish such a thing, mostly because no one knew how to market them and bookshops didn’t know which shelf to put them on. It sounded like nonsense to me, and having seen how successful this series is, I have to assume people were making excuses and my attempt at comedy-crime was just rubbish. 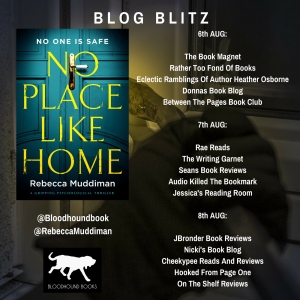