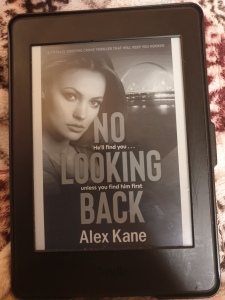 Blurb; He’ll find you… unless you find him first.

Kat Denton is a woman running away from her past. For the past sixteen years, her life has been a living hell as Jimmy, the man she fell in love with as a teenager, becomes ever more cruel and abusive. Following the fire that killed her parents, leaving her an orphan when she was just a teenager, Kat is utterly alone and can’t see a way out.

Until the day she finds out that she’s pregnant. Vowing to protect her child from Jimmy’s violence, Kat decides to fight for survival – for her and her unborn baby.

Fleeing the traveller camp that has been her lifelong home isn’t easy. But along with her sister in law, Kat escapes with just the clothes on her back and the one photograph she has of her parents.

Kat, along with her baby girl Lucia, starts to build a better life. But when she looks into what really happened in her parents’ death Kat uncovers dark secrets – including a revelation that will lead Kat back to the place she had been so desperate to run away from. Is she strong enough to uncover the truth and save everything that she loves most, or will Jimmy Denton have his revenge?

My Review; This story was previously published under the title of Chasing The Traveller.

I need to start with the beginning of this book as it does draw the reader in but it is dark, twisted and contains heavy domestic violence and a scene of what I would describe as rape which is not to some readers tastes due to personal circumstances. So just a little warning.

I felt so sorry for Kat from the beginning noone should have to go through what she has been through, especially with noone to turn to. I was beside her the whole way. She is a strong, determined character even if at times she doesn’t seem it.

A brilliantly written story, fast paced and a page turner of a read. Hard to put down. Would have loved to devour this in one go. A well deserved four stars from me. Highly recommend. Gripping, thrilling and heart pumping.