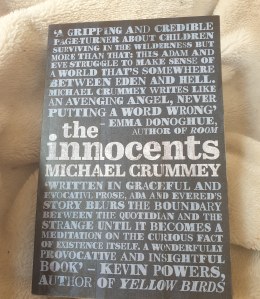 Blurb; From prizewinning author Michael Crummey comes a spellbinding story of survival in which a brother and sister confront the limits of human endurance and their own capacity for loyalty and forgiveness.
A brother and sister are orphaned in an isolated cove on Newfoundland’s northern coastline. Their home is a stretch of rocky shore governed by the feral ocean, by a relentless pendulum of abundance and murderous scarcity. Still children with only the barest notion of the outside world, they have nothing but the family’s boat and the little knowledge passed on haphazardly by their mother and father to keep them.
Muddling though the severe round of the seasons, through years of meagre catches and storms and ravaging illness, it is their fierce loyalty to each other that motivates and sustains them. But as seasons pass and they wade deeper into the mystery of their own natures, even that loyalty will be tested.
The Innocents is richly imagined and compulsively readable, a riveting story of hardship and survival, and an unflinching exploration of the bond between brother and sister. By turns electrifying and heartbreaking, it is a testament to the bounty and barbarity of the world, to the wonders and strangeness of our individual selves.

My Review; The sound of this book caught my attention, something different I’d thought I would give a try. I read the majority of it within a day. I have not read anything similar to this before. Definitely unique. I was sucked in. Due to unfortunate circumstances brother and sister find themselves alone and having to survive without their parents.

With an open ending I hope they got a nice ending in my mind anyway. I somehow felt connected to them and I don’t know how. I felt sorry for them. Brilliantly written. Different. Unique. But I really enjoyed it. Similar in many ways to Adam and Eve But in this case there is other people around just not near them. Miles away. Made me appreciate what I have.

A well deserved four stars from me. Highly recommend. Check it out! 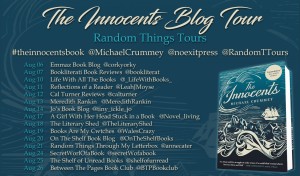