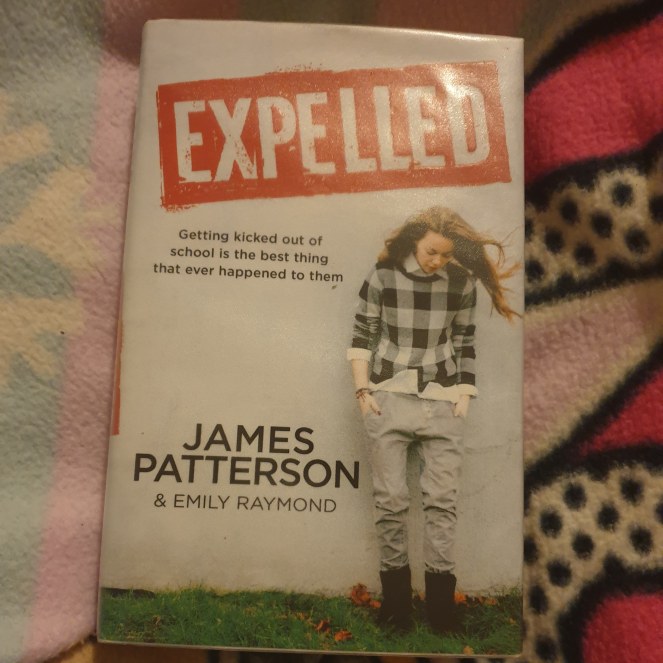 Theo Foster’s Twitter account used to be anonymous–until someone posted a revealing photo that got him expelled. No final grade. No future. No fair.

Theo’s resigned to a life of misery working at the local mini-mart when a miracle happens: Sasha Ellis speaks to him. Sasha Ellis knows his name. She was also expelled for a crime she didn’t commit, and now he has the perfect way to get her attention: find out who set them up.

To uncover the truth, Theo has to get close to the suspects: the hacker, the quarterback, the mean girl, the vice principal, and his own best friend. What secrets are they hiding? And how can Theo catch their confessions on camera?

My Review; I have been enjoying James Pattersons young adult stories and this didn’t disappoint either. It’s a brilliant story with similar ties to The Breakfast Club. Theo is the main character and got expelled from his school by being framed for posting a photo. He is determined to prove his innocence. However, he is not the only pupil to be have been expelled…

As the expelled group come together with thanks to Theo for his determination to prove they’re all innocent, they become a mixed group of unlikely friends.. Nevertheless, along the way there are plenty of secrets and lies unfolded… Some pupils are guilty, some arn’t. Each have their own reasons for what they have done. Who’s innocent? Who’s guilty? Does Theo ever prove his innocence?

I really enjoyed this one… It’s not a death story but still a ‘who dunnit?’ story. Easy reading. Short chapters. Brilliant co-written with Emily. A well deserved four stars from me. Highly recommend.