Blurb; The Elizabethan world is in flux. Radical new ideas are challenging the old. But the quest for knowledge can lead down dangerous paths…

London, 1594. The Queen’s physician has been executed for treason, and conspiracy theories flood the streets. When Nicholas Shelby, unorthodox physician and unwilling associate of spymaster Robert Cecil, is accused of being part of the plot, he and his new wife Bianca must flee for their lives.

With agents of the Crown on their tail, they make for Padua, following the ancient pilgrimage route, the Via Francigena. But the pursuing English aren’t the only threat Nicholas and Bianca face. Hella, a strange and fervently religious young woman, has joined them on their journey. When the trio finally reach relative safety, they become embroiled in a radical and dangerous scheme to shatter the old world’s limits of knowledge. But Hella’s dire predictions of an impending apocalypse, and the brutal murder of a friend of Bianca’s forces them to wonder: who is this troublingly pious woman? And what does she want?

My Review; I have been with this series from the start and I just love everything about it. It’s historical, it’s mystery, it’s adventure and it’s death. Just wow. I hope there’s more to come. This is book four in the series and it is best to read in order as this one carries straight on from what happened in book three.

These books just take you back in time they’re very descriptive so easy to imagine. It was brilliant to be back with Bianca, Nicholas, Ned and Rose. The Jackdaw is being rebuilt! But Nicholas is on the run to save his life, ofcourse Bianca is with him. They both embark on a long journey to protect themselves from harm but soon find themselves with a stranger alongside them for most of the way. Cue Hella Maas… A stranger character, unpredictable and for me she was scary. You never knew what she would do or say next. She kept me on edge. I was not a fan of her character at all. However, at times I did feel quite sorry for her.

So S.W. Perry has done it again another beautiful cover, another brilliant book! I cannot wait to see what happens next. This is a series I could read on and on and on about and never get bored. Something different genre wise for me. A real page turner, addictive read. Loved it all. Highly recommend this whole series and the newest installment. A well deserved four stars from me. Now I’ve got to wait for the next book… Sigh. 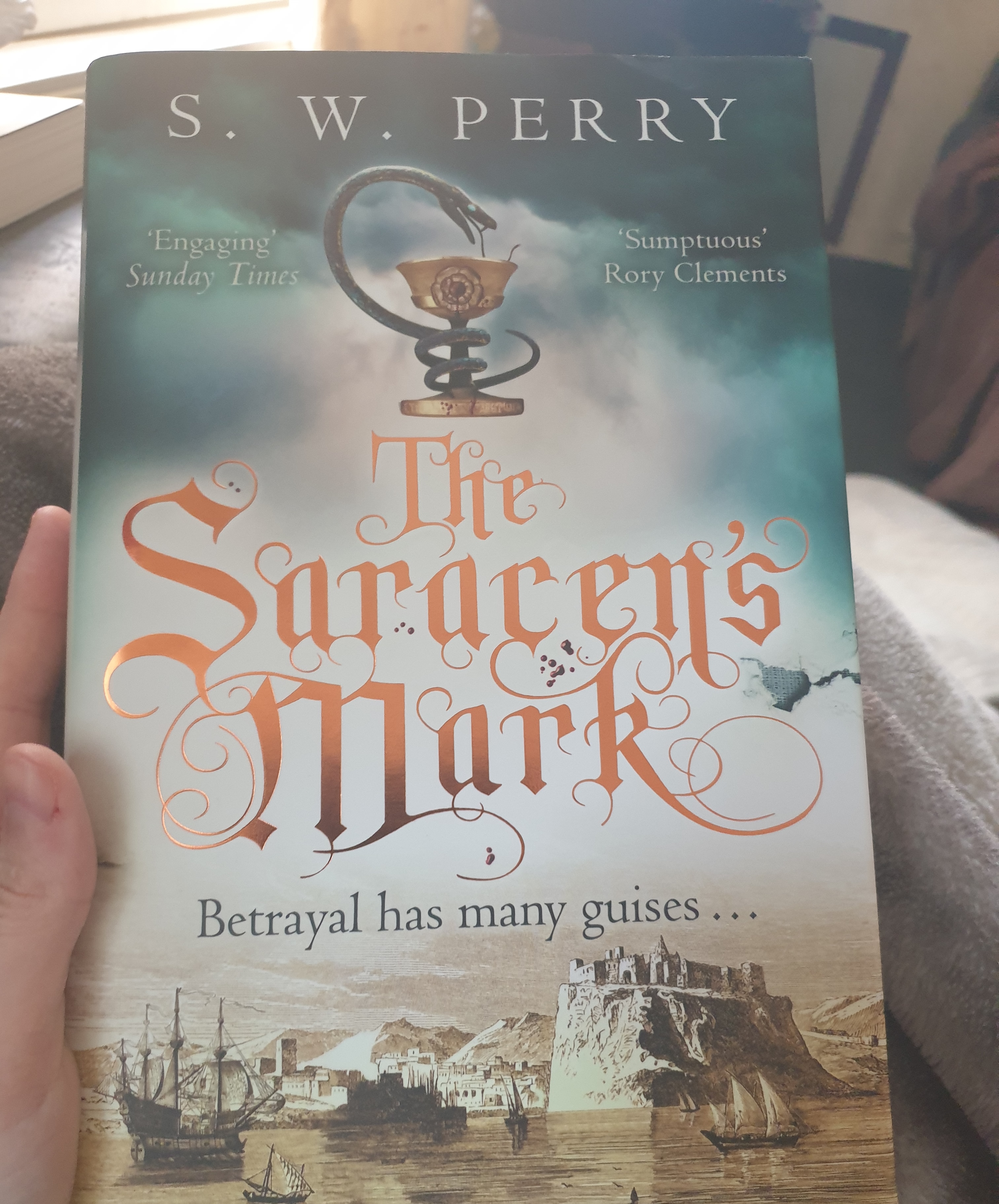 Blurb; Betrayal has many guises…

London, 1593: Five years on from the Armada and England is taking its first faltering steps towards a future as a global power. Nicholas Shelby – reluctant spy and maverick physician – and his companion Bianca Merton are settling into a life on Bankside. But in London there is always a plot afoot…

Robert Cecil, the Queen’s spymaster, once again recruits Nicholas to embark on a dangerous undercover mission that will take him to the back alleys of Marrakech in search of a missing informer. However, while Nicholas hunts for the truth across the seas, plague returns once more to London – ravaging the streets and threatening those dearest to him.

Can Bianca and Nicholas’ budding relationship weather the threats of pestilence and conspiracy? And will Nicholas survive the dangers of his mission in a hostile city to return safely home?

My Review; Yay. I am so glad to be back with this series. This is book three in the Nicholas Shelby series. Best read in order. It was lovely to be back with the gang but especially Nicholas and Bianca. Another brilliantly written story for me to stick my teeth into. It had me hooked. Will admit it took me a while to finish it. But it was worth every second. Again we see the characters placed in tough decisions and consequences due to a plague…

Will they all avoid the plague? Nicholas is sent to Marrakech but does not expect the unfriendly welcome and soon becomes suspicious that something is not right… Will he make it back to London? To Bianca?

I really hope there is more to come for this series. Fingers crossed. A well deserved four stars from me. Highly recommend the whole series. Something different. For once can I say a happyish ending? Which makes a change from the usual death defying and risks they all take. 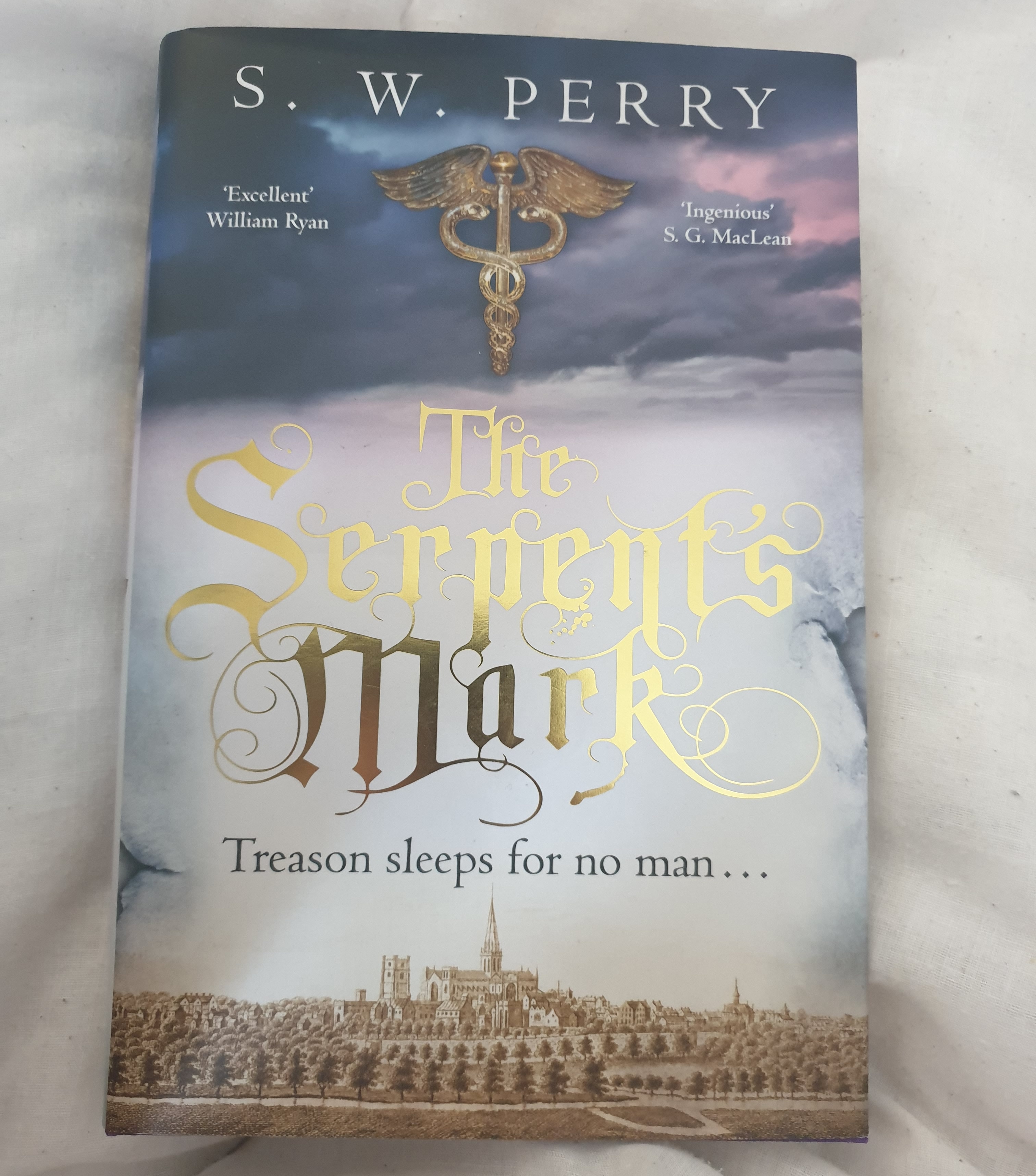 Blurb; Treason sleeps for no man…

London, 1591. Nicholas Shelby, physician and reluctant spy, returns to his old haunts on London’s lawless Bankside. But, when the queen’s spymaster Robert Cecil asks him to investigate the dubious practices of a mysterious doctor from Switzerland, Nicholas is soon embroiled in a conspiracy that threatens not just the life of an innocent young patient, but the overthrow of Queen Elizabeth herself.

With fellow healer and mistress of the Jackdaw tavern, Bianca Merton, again at his side, Nicholas is drawn into a dangerous world of zealots, charlatans and fanatics. As their own lives become increasingly at risk, they find themselves confronting the greatest treason of all: the spectre of a bloody war between the faiths…

My Review; I am honoured to be kicking this blog tour off! I have been so looking forward to reading this one after loving book one (The Angel’s Mark). These are best read in order as this book does relate back to book one in detail at parts throughout.

Yet again S.W. Perry has given us anothor belter and page turner of a book to read. Brilliant! I expected no less. The Serpent’s Mark brings us back to some familiar characters and places from book one. I felt so sorry for Tanners character! I still love Bianca’s and Nicholas’s characters, they’re the perfect duo. Towards the end it becomes a race against time… Gripping. Suspense filled.

I awarded a well deserved five stars. Highly recommend. Brilliantly written. I cannot wait to see what comes next! Exciting.